A traditional feature in many homes is that of a bay or a bow window, they sound similar so it might be useful to outline the difference.

What bay and bow windows have in common is that they are designed to allow more light into a room when compared to a single flat window. They protrude from the property externally maximising space and light.
Bays and bows can be made up from a number of window types and are generally comprised of 3 or more sections and will enable a better view of the outdoors from your room.

Bay or bow windows can be manufactured in Vertical sliding sashes, Flush casements and regular casements. This also applies if the bay or bow window is made in uPVC or aluminium.

Bay windows typically have 3 sections but can have more. The sections are connected at either 90 degrees in the case of a right angled bay but sometimes have wider angles around 135 degrees which gives quite a different appearance.

Bow windows have a more gentle arc than a bay due to them generally having more sections, usually 4 or 5. The result is a quite different appearance to the bay window but quite distinctive and looks beautiful in the right setting.
See below a couple of examples which show the difference in appearance between a bay and a bow window. 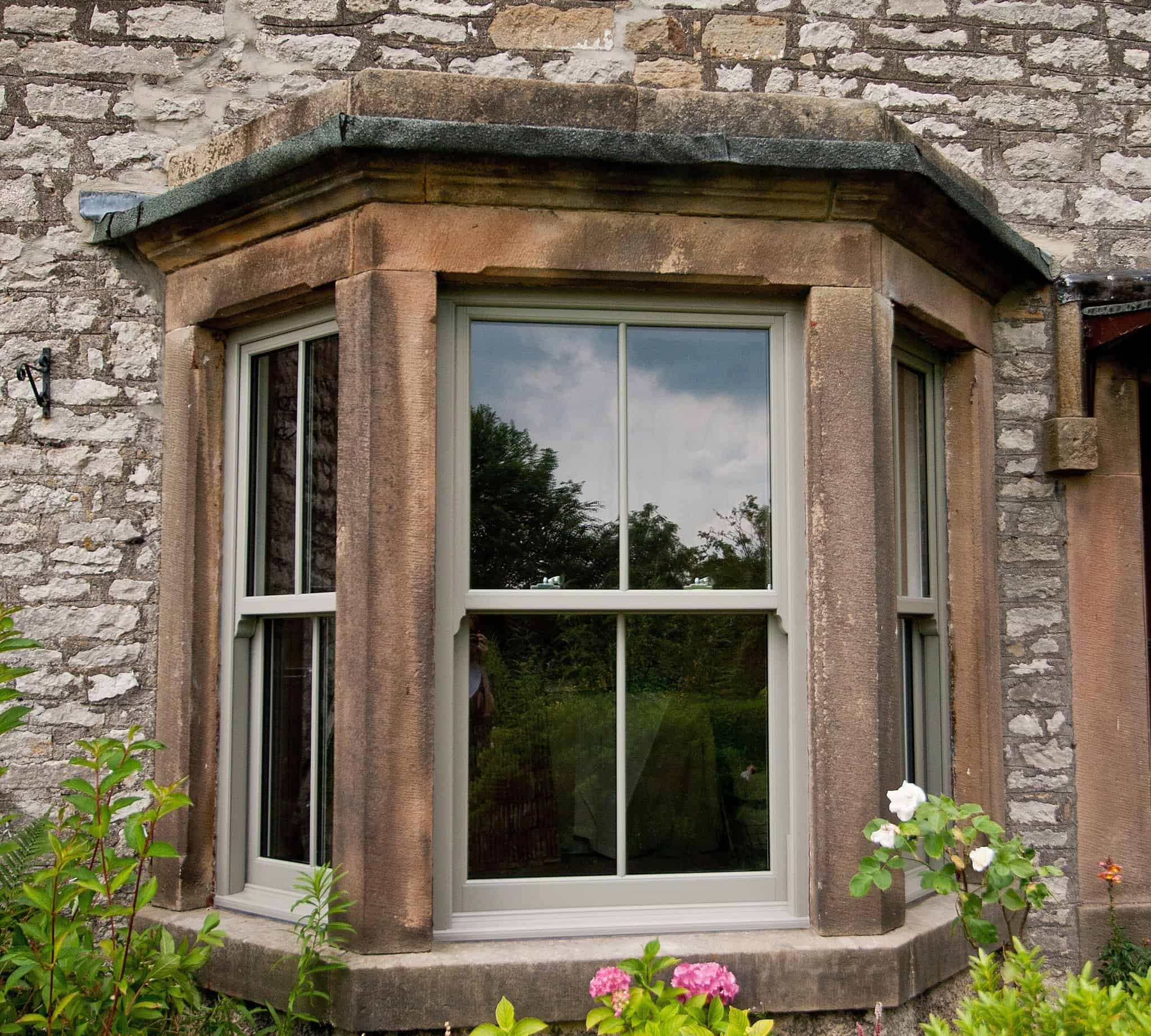 Classic Style and Performance every time.

We specialise in the manufacture of bay and bow windows and each one is custom made  to your exact requirements down to the finest detail. We will gather all the relevant information from you to ensure you get things right.

There is a wide choice of window type, size, astragal bar detailing and colour choices both inside and out. Add to this a bespoke selection of glass specifications and we can help you design the perfect energy efficient bay or bow windows for your home. 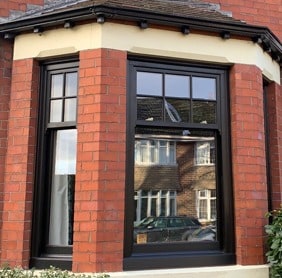 The simplest configuration of bay window features stone mullions in between each individual window.
This classic appearance is often found in many period homes across the country.

There is no requirement for bay posts and couplers as each section of the bay is independently installed. 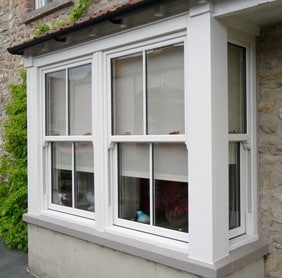 A right angled bay, or 90° degree bay window is a very popular design and  often seen in properties and a variety of homes of many ages. 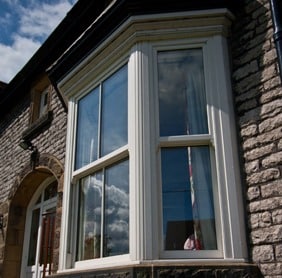 Typically these are in the region of 135° but can be configured to most angles with the use of variable bay posts.
Trims are available to complete the external finish giving a comprehensive finish.

The surveying for a bay or bow window is critical and it’s important that an experienced installation specialist carries out a detailed assessment before ordering. The internal dimensions and angles between the sections is very important to ensure a satisfactory result when fitting.

You may appoint your own fitting contractor to build your bay or bow window or alternatively if you require an installer simply enter your postcode in the top right of the website and we will contact you to with details.

When sending out quotes for bay or bow windows our documentation will show a diagram of the layout of each section, dimensions, internal angles and a breakdown of the specifications for each individual section.